Professional organizations are a major part of any industry. Name nearly any job, and you can assume that profession has its own association. The same is true for construction professionals. The Associated Builders and Contractors (ABC) is an essential organization in Florida that collaborates with companies to make the workplace better for everyone. ABC Florida East Coast Chapter is always welcoming new members into our ranks. Based in South Florida, we’re easily accessible to professionals throughout the area. Discover what membership entails and how it can benefit you.

Member Services and Benefits
You’ll take advantage of numerous benefits of membership when you sign up with ABC Florida East Coast Chapter. ABC’s membership services are all-encompassing because we want to make sure you have support in all you do. Not only can you invest time into further training for your career, but you’ll also have the benefit of legal and human resources support. Your ABC membership fees will earn you the following benefits and more:

Related Topics:
Up Next 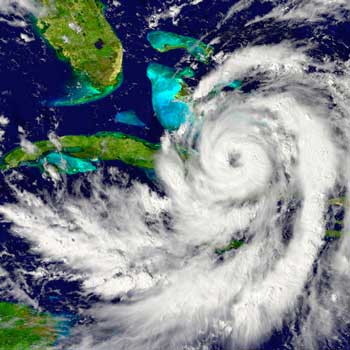 But perhaps the hardest hit areas were the Lee County communities of Bonita Beach, Ft. Myers Beach, Sanibel Island, Cape Coral, and the island communities of St. James City, Matlacha, and Bokeelia on Pine Island. These communities were devastated. Many residents lost their homes, businesses, and some their lives.

Hurricane Ian was a large and destructive Category 4 Atlantic hurricane that was the deadliest hurricane to strike the state of Florida since the 1935 Labor Day hurricane. Ian caused widespread damage across western Cuba and the southeast United States, especially the states of Florida and South Carolina. It was the ninth named storm, fourth hurricane, and second major hurricane of the 2022 Atlantic hurricane season.

On September 29, 2022 a Presidential declaration of a major disaster for the State of Florida (FEMA-4673-DR), was issued through the department of Homeland Security and the Federal Emergency Management Agency.

“Notice is hereby given that, in a letter dated September 29, 2022, the President issued a major disaster declaration under the authority of the Robert T. Stafford Disaster Relief and Emergency Assistance Act, 42 U.S.C. 5121 et seq. (the “Stafford Act”), as follows:

I have determined that the damage in the State of Florida resulting from Hurricane Ian beginning on September 23, 2022, and continuing, is of sufficient severity and magnitude to warrant a major disaster declaration under the Robert T. Stafford Disaster Relief and Emergency Assistance Act, 42 U.S.C. 5121 et seq. (the “Stafford Act”). Therefore, I declare that such a major disaster exists in the State of Florida.

Preliminary estimates of damage from Hurricane Ian are wide-ranging. Various analytic agencies and insurance companies have placed losses in the tens of billions. Verisk Analytics indicated a total of $42–57 billion and potentially over $60 billion, when losses not covered under the National Flood Insurance Program (NFIP) are included.

Hernando County: Mandatory evacuations have been issued for all areas west of US 19, which include evacuation zones A, B, and C. All residents living in coastal and low-lying areas, as well as manufactured homes county-wide, are included. Residents were advised to seek safe shelter with family or friends that reside in a safe structure.

ILS Meals is the national leader in home delivered meals and nutrition services, serving high-quality medically tailored therapeutic meals to
healthcare patients, seniors, and children. We believe in the vital role of nutrition to improve the health and quality of life. ILS Meals menus are designed by our team of registered dietitians to foster independence, aid in recovery or reduce the symptoms of a chronic illness.
ILS Meals has over 18 years’ experience serving the Medicare Advantage, Medicaid, pediatric, and special needs populations throughout the United States and its territories. Our meals are designed with care to improve health outcomes, lower readmission rates to acute care settings, improve nutritional health status, address social determinants of health, and foster independence.

Healthy Food Delivered
Our Registered Dietitians design all medically tailored menus with passion, and expertise in a delicious array of cultural and religious cuisines. They insist on using only the freshest seasonal ingredients. All meals are flash frozen “Nature’s Pause Button” so everything stays just the way we made it!

ILS Meals is dedicated to providing healthy, delicious and nutritious meals that heal and empower
ILS Meals is the national leader in home delivered meals and nutrition services, serving high-quality medically tailored therapeutic meals to healthcare patients, seniors, and children. We believe in the vital role of nutrition to improve the health and quality of life. ILS Meals menus are designed by our team of registered dietitians to foster independence, aid in recovery or reduce the symptoms of a chronic illness.

We are driven professionals who support and cultivate a satisfying work environment that encourages growth based on mutual respect, teamwork, open communication, accountability, and loyalty. We adhere to the ILG policies and ethical values and deliver exceptional customer service to our clients and team members. We uphold and promote the ILG standard, where experience and rapid results matter™.

The attorneys at the Insurance Litigation Group, P.A., focus their practice entirely on insurance litigation. Our Team of well-prepared lawyers, loss assessment specialists and Field Operators are devoted to their clients to make the difference in how your case is resolved and your financial recovery.

Florida home insurance policy owners should know that no two insurance carriers’ policies are alike. Each home insurance policy is written by a team of insurance company legal experts to meet the financial and legal risk profile that the company wishes to accept for the premium paid. The State of Florida does regulate the insurance industry and many terms of coverage are protected by law but there can be many areas of exclusion and payout limitations that are specific to each contract. When a claim is disputed, it’s easy for a consumer to feel overwhelmed their friendly neighborly insurance agent isn’t in the process it’s done by the claims department which has an entirely different agenda than the sales agent.

In the event that your home is damaged or destroyed by a hurricane or severe storm, fire, water or mold damage, or other events, don’t be surprised if the insurance company’s first reaction is to respond in one of the following ways:

We are a client-focused law firm that fights aggressively on behalf of residential and commercial policyholders, contractors, restoration and mitigation companies, to produce maximum recovery results from insurance companies through our unique expertise, deep understanding of insurance law, cutting edge technology and proactive approach to litigation. Call statewide in Florida today at: 786 529-0090.